Interactive videos bring viewers into your video content and let them take control of how you speak to them. In this article, we count down 7 of the best interactive video marketing examples used by businesses today, and show you how you can create an interactive video yourself to take your lead generation strategy to the next level. 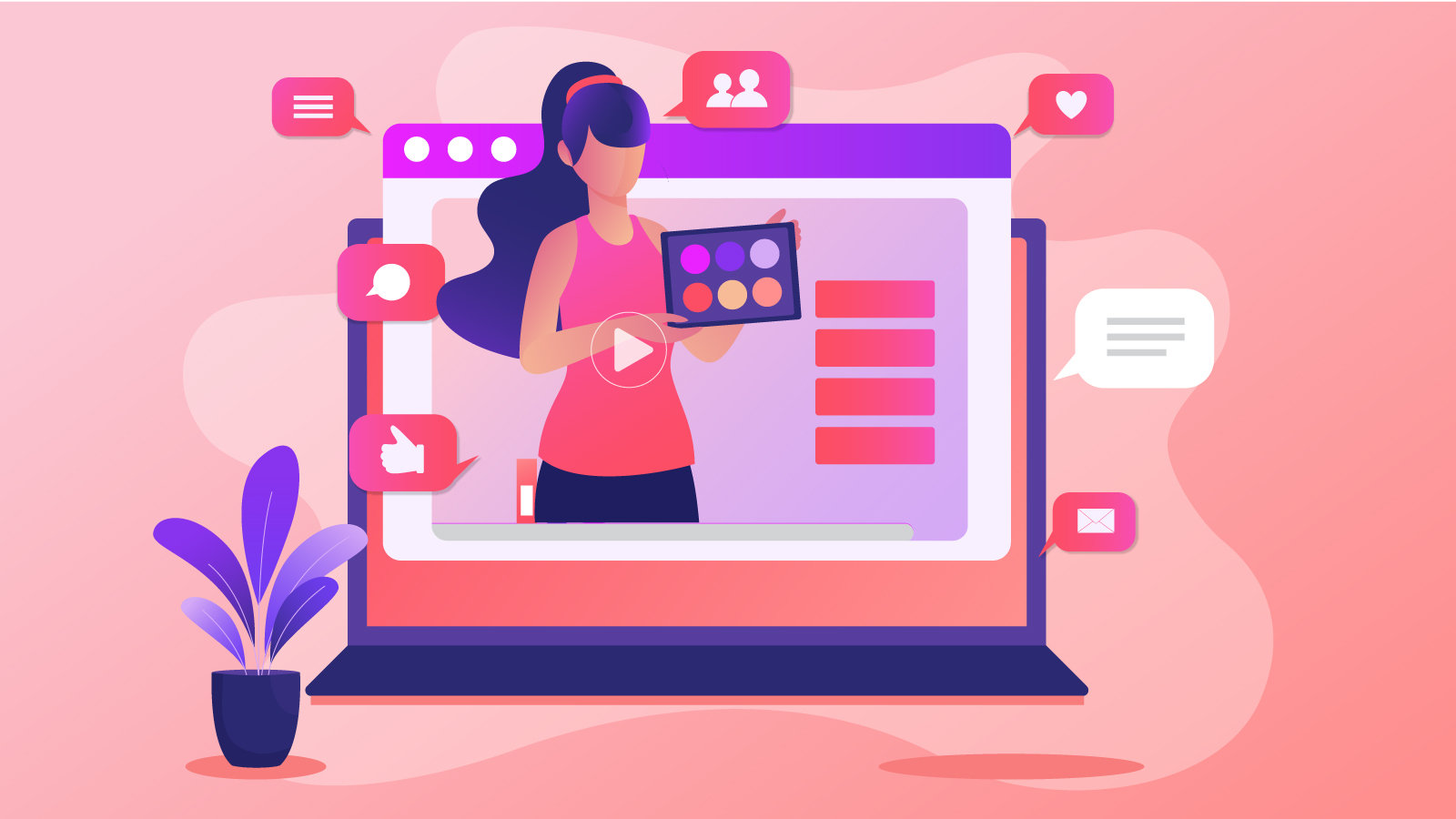 Interactive videos are convincing, captivating and compelling. It lets your audience take part in the video.

What’s more? You get to engage your audience better and longer. This helps you buy more time to convince your audience into buying your product or service. Besides, Interactive Videos make your campaigns memorable with a prolonged impact on your consumers.

With interactive video technology, you can engage customers, attract prospects, maximize your recruitment process, train your employees better and so much more! The opportunities are endless.

The main thing to keep in mind is that interactive videos let your users watch only what they’d want to watch. Or rather, you show them only the content that’s relevant to them. In simpler words, interactive videos make your video marketing strategy all the more dynamic and in-tune with the preferences of your audience.

What Is An Interactive Video?

Interactive videos allow the viewer to interact with the video’s elements, alter the story and create a more personalized experience for the viewer. Interactive video content is highly engaging, putting the viewer in control of the flow of the video using clicks, drags, scrolls, buttons, keystrokes, hover etc.

Play with this Interactive Video we created for you:

While Linear videos have won the hearts of the masses across the market, interactive videos take this trend a step further - they compel your audience to react and be more dynamic.

Here are the most popular types of interactive videos-

The branched story type lets the viewer choose their own adventure. Simply put, they engage the audience through storytelling but the user gets to choose the narrative. This is done through decision points that make the viewer answer questions based on which he’s navigated to the next clips.

You get to create multiple plots and each time the user chooses a different path, he is led into a new plot. It is more like a video game but only its a brand campaign.

A good example is the 2018 Sci-Fi Thriller,  Bandersnatch, in which a young programmer adapts a writer’s fantasy novel into a video game

Hotspots are known to create visual interest by absolutely grabbing the viewer’s attention. They are clickable points in the video. The user is taken through the length of the video where he gets to choose hotspots. These hotspots either give them extra information or take them to any other place online. The viewer has to simply choose them and take the action that they want to.

This kind is very effective in immediate conversions.‍

Here, the user is presented perspectives of all the angles and corners. It basically gives a multi dimensional perspective to the viewer.

The user gets to choose the direction through which he wants to see the object. This is done through navigating the keys and mouse or maybe the user’s face movements itself.

They are the same as the immersive videos and transport the viewer into virtual reality.

The user interface is so interactive that the viewer feels like he is inside the video.

Besides, these videos let the viewer select hotspots within the application and give data inputs.

These are videos that view an active viewing experience. As the name suggests, you get to ask your viewers multiple choice questions and many more. It is a very impressive type because the viewer is absolutely glued to the video.

The user follows through the questions in the video. These questions are mostly multiple choices, giving the viewer a space to think. Once he chooses the answer, the correct solution is presented to him.

Interactive quiz videos give the user a sense of satisfaction, leading to an active viewership.

These videos are especially effective when you want your audience to learn something.

Time and again there would be campaigns made that would leave lasting impact on our minds. Such campaigns take the brand close to the audience making them feel like they are a part of the community. Here are 7 timeless campaigns that used the power of interactive videos to make their brand an icon. Read on...

This epic video shows the double life of a car. All you have to do it press R and get transported into a parallel storyline. By the day, the protagonist is a loving father who drives his family with the utmost care and love. When you press R, the storyline switches tonight when the same man chases the Art thieves.

This interactive video beautifully conveys that the Honda Car can be a haven for your family, at the same time be a racer car when the time comes. The video marketing strategy applied by Honda was appreciated by the masses for its simplicity and message.

Check out the complete interactive video for yourself - Click Here.

2. Deloitte - Will You Fit into Deloitte?

It is a gamified interactive video that lets the viewer choose their actions. The purpose of this video was to introduce a candidate to the amicable work culture of Deloitte. The viewers go through a series of situations that he must tackle. Each choice has its own consequences. This was made with an intention to introduce the user to the welcoming environment of Deloitte.

The video was widely loved and shared. The MNC indeed took the twist of human touch to another level with this interactive video.

The interactive video was a campaign that promoted the movie “focus”. The video walks you through a game where you can test the Con Artist in you. A set of scenarios were present to the viewer. Conning the Internet mogul, Investment Banker or the Art Dealer, every scenario had its own crowd-pulling capabilities. The video was one of its kind and did its job right. The ticket sales of Focus did boost to a large extent.

The interactive video campaign is by far the most fun, engaging and remembered for its creative approach to introducing the plot.

Bob Dylan is an American Songwriter & Singer. In 2013, the singer wanted to sell his CD Box set that included all 41 of his albums. In order to promote sales and to refresh his fans, Sony TV and Eko collaborated to make an interactive video of Bob’s iconic song “Like a Rolling Stone”. Here's what it looks like:

The interactive video ad lets you flip through 16 channels with different characters lip-synching the aid sing. The fun gamifying mode bought the makers more time to convince the audience to buy the CD set.

The video garnered a lot of appreciation from the fans and rightly served its purpose through increased sales of the CD Set.

Play around with the complete interactive video - Click Here.

Jon Favreau's The Jungle Book is hands down one of the most iconic movies of all time. In 2017, Disney released an interactive video of the making of this magnum opus. The viewer gets to choose any character’s hotspot and move a slider to see how the scene was shot. Here's what it looks like, complete with built in interaction:

This transported the fans, predominantly kids, to their favourite movie’s world of fantasy. The 360 degrees interactive video interface was simple and fun. The fans just loved how they could get an insight about the movie’s making.

This interactive video was indeed a treat to every Jungle Book fan. It took them into the world of their favourite movie and the making of its magic.

This masterpiece lets the visitor help the protagonist of the video find his lost love. The decisions of the viewer can either reunite the man with his lover or cost him his love. The four minutes video takes a viewer through 300 storylines based in marvellous locations and sceneries. Here's a preview to the video:

This interactive video by Coldplay was one of its kind. The audience felt as desperate as the man in the video itself while finding the love of his life.

One gets absolutely immersed in the adventurous ride of man in search of his lost love.

Coldplay got immense appreciation from the audience as no other music video has ever engaged the audience to this extent.

This styling video by Philips is a typical example of hotspots. The viewer can choose a hotspot at each stage and each of it would lead to a different storyline.

The interactive video starts with the protagonist asking you to choose a style for him. The viewers are instantly drawn towards picking on and the cycle goes on. The data inputs walk the viewer through different plots.

The video even though is solely for sales, it’s amazing storytelling abilities keeps the viewers engaged for a long time. Surprisingly , the Philips’ official website traffic also exponentially increased.

80% of Internet traffic is predicted to be from videos. With such humongous popularity, Videos have indeed changed the way forward for Marketers. However, Interactive videos are the new generation marketing techniques that have made brand stories memorable. The above 7 examples are proof enough of how interactive videos are timeless when it comes to marketing.

You might be thinking that this sort of interactive video requires a large budget. Well, that's not always the case.

With VideoForm, you can create an entire interactive video conversation from scratch - no prior video production experience required!

The face-to-face conversation builder helps you create human connections with your prospects. This is one great way of lead generation because your website visitors are not interactive with some unintelligent bot but are interacting with you directly.

It’s human nature to trust another human’s voice. VideoForm lets you cash on this very factor.

You can instantly make videos with your face and take the visitor through the website based on their chosen options. Transform the linear storytelling arc with interactive videos. Try VideoForm Free, today. 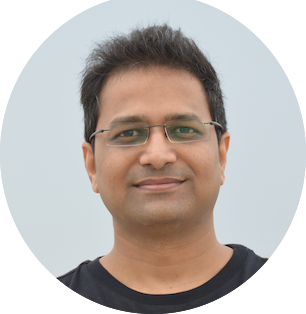 Abhishek Ekbote
Founder - Videoform. I write about leveraging video to grow your revenue 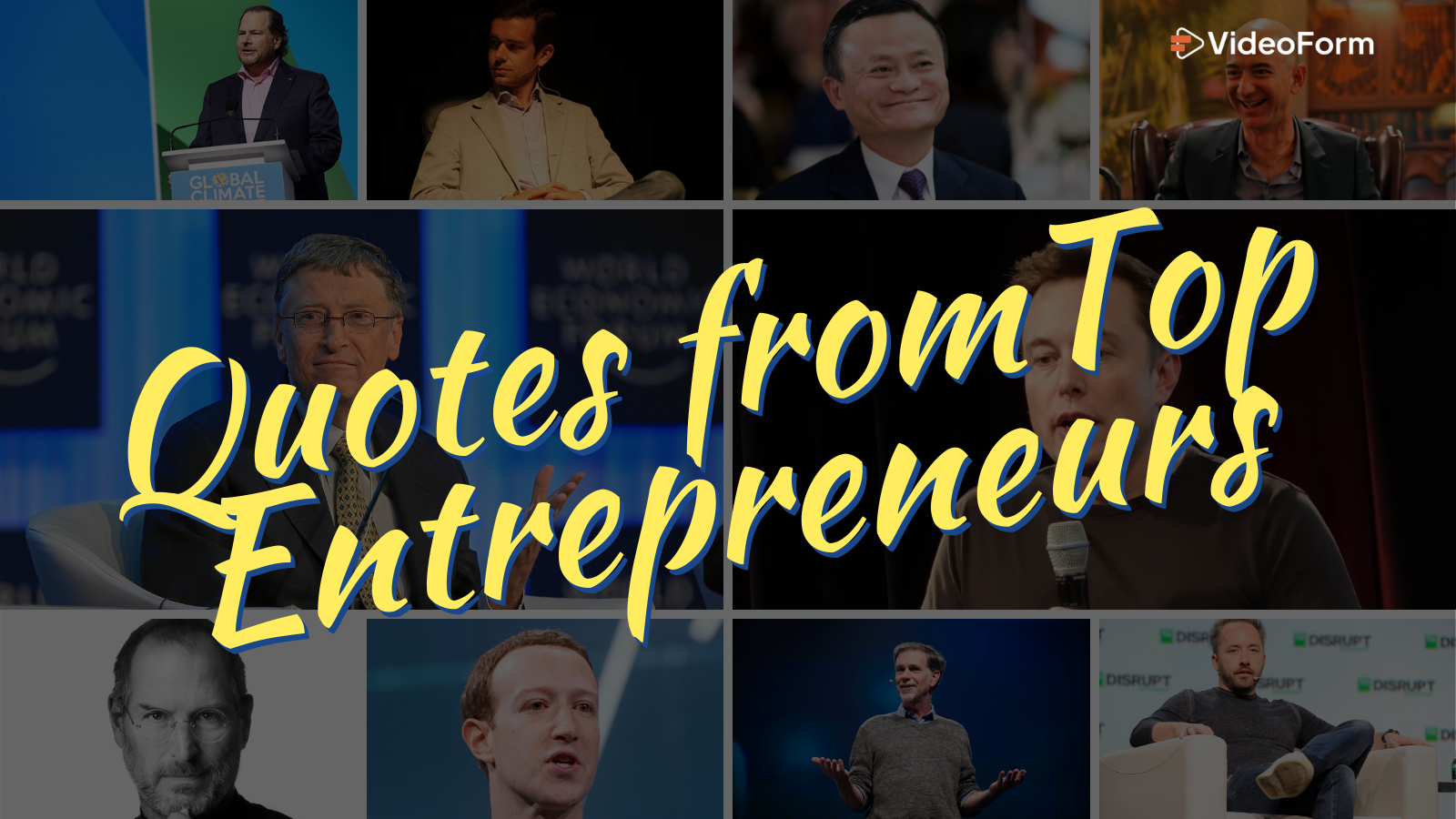 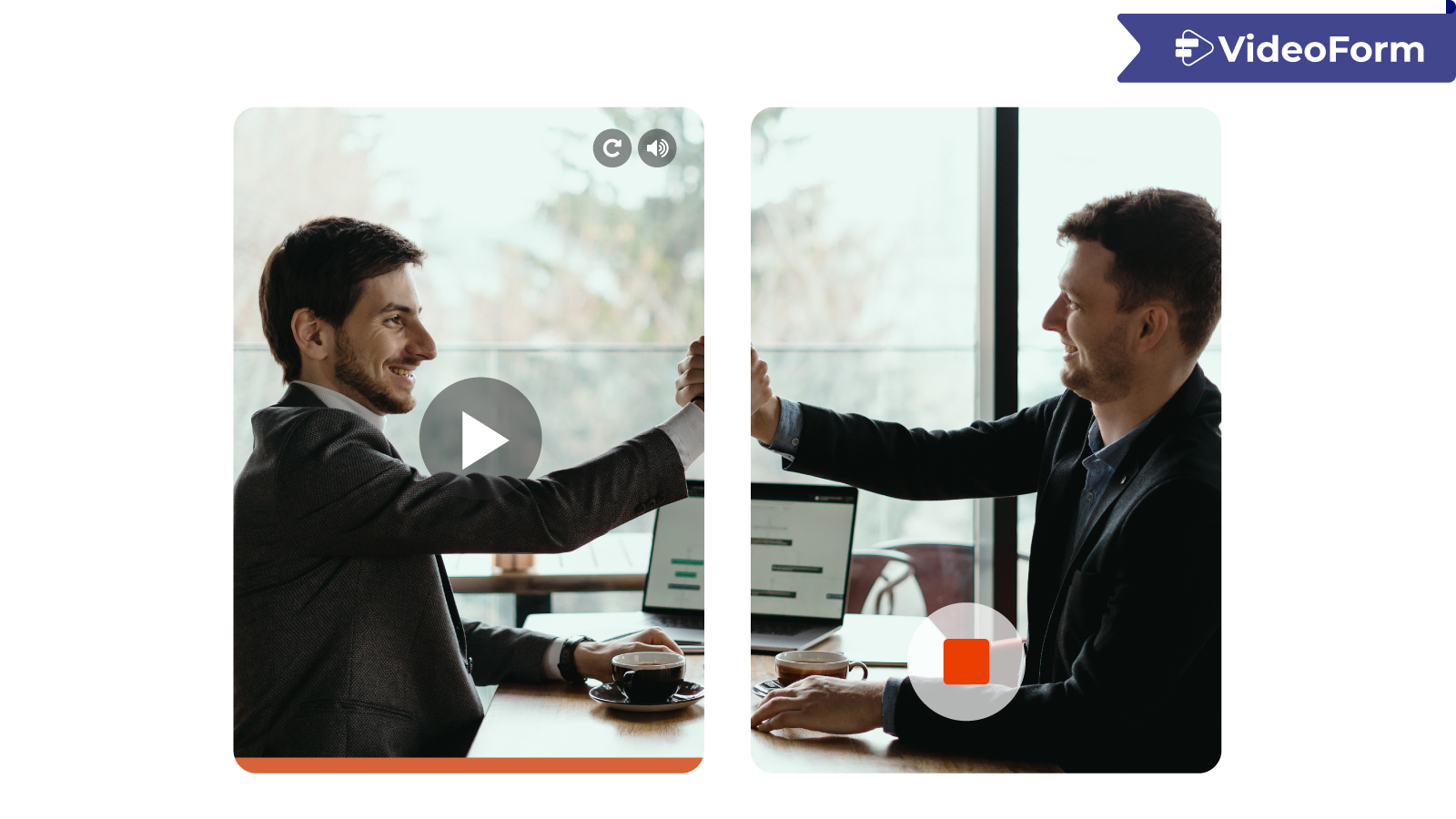 How To Bring Your Brand To VideoForm 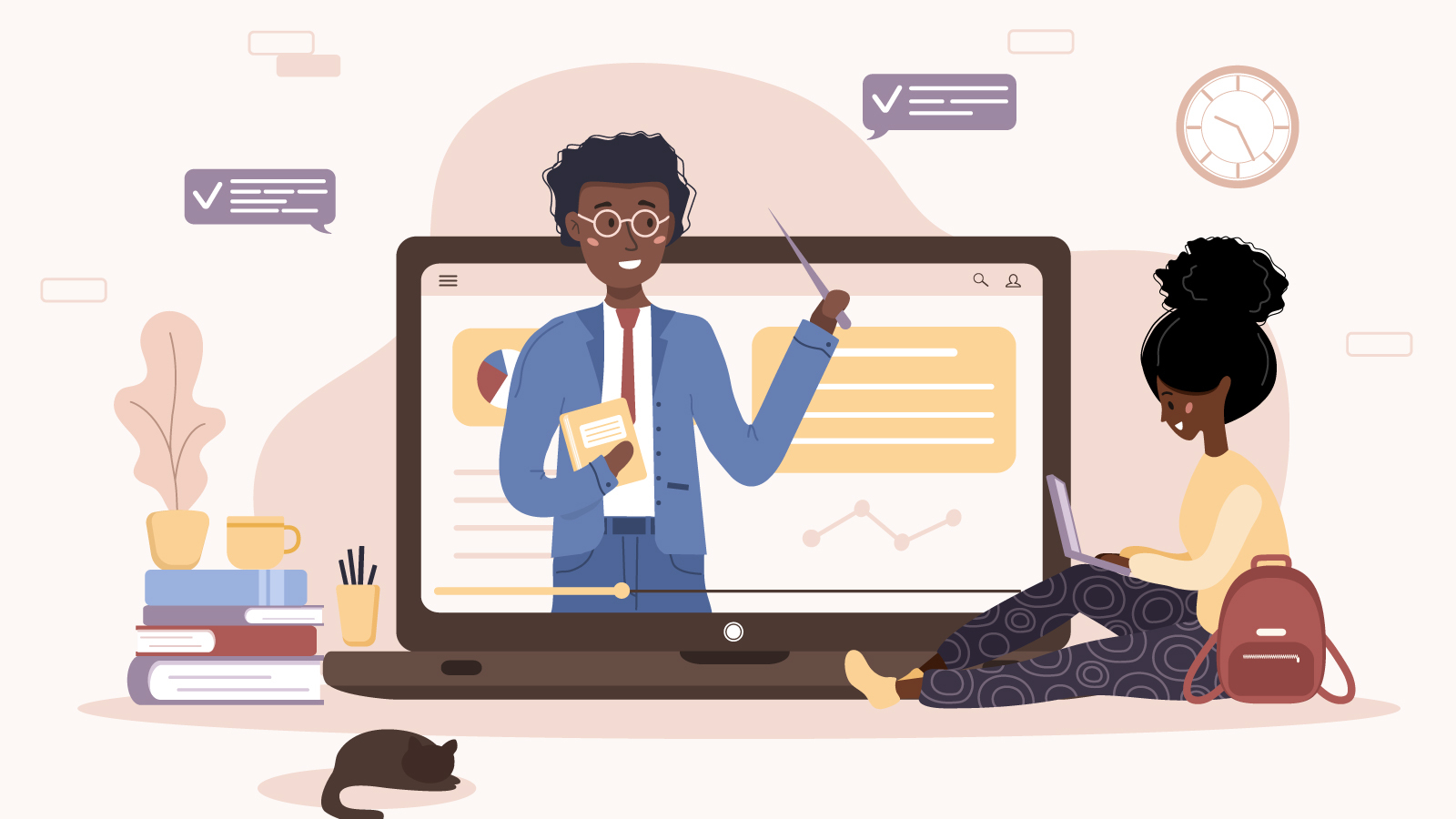 How To Create Interactive Product Demos With VideoForm